Growing up on the East Coast of Florida, I knew several kids that surfed. I called them the “rich kids”. Because they were. Therefore I never surfed.

I bet you’ve never heard that woe is me tale: “I was too poor to surf.” I can spin anything to my needs.
My sweet girls have grown up on the west coast of Florida and there ain’t no waves to surf here….but there are plenty of “rich kids.” They must do something else…like play virtual surfing games in their glass houses.
Another item on our “Must Do” list for Costa Rica was to take surf lessons. Well, that was NOT my list, but it was on some other people’s lists. 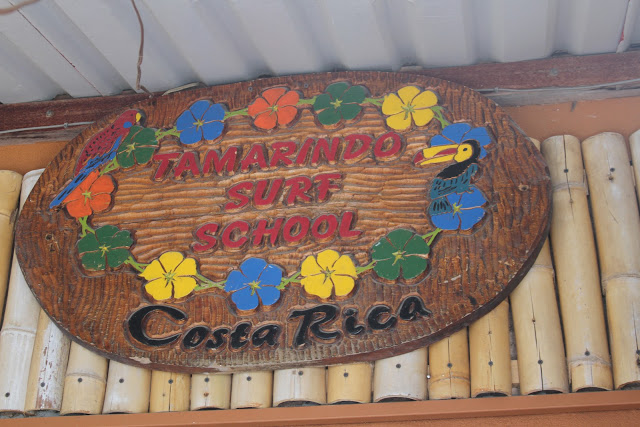 We drove an hour and a half to a famous surfing area; Tamarindo Beach.
Can I just tell you that all five four girls started drooling as soon as they saw the surf instructor Jonathon? 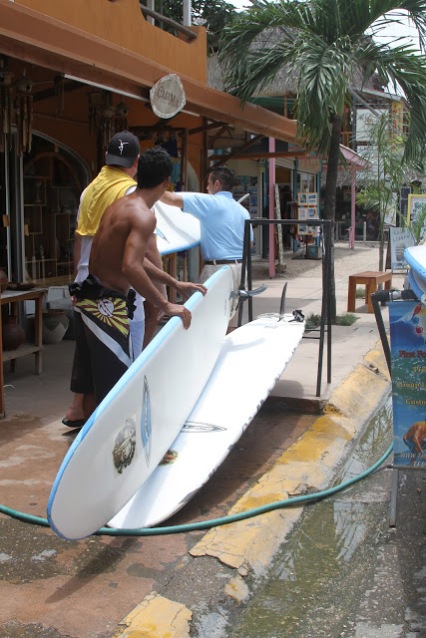 He was young….I could have been his Mother!
Although, he is way tanner than I could ever be, so he really could not be my son.
Unless I adopted him….but he said no way Chica!
You grab your own board and carry it a few blocks down and then one block over to the beach area…while Mom {the paparazzi} rides in an air conditioned van to the beach area.

This was the only day I brought my “BIG” camera….but I did not have my zoom lens….the water shots would have been so much better. I think we’ll go back next week for a do-over.

The girls were all EYES at the instructor. The Coach could drown him with his pinky toe…but he paid attention too.
Posers.

I’m proud to say that everyone ‘got up’ and surfed. The waves on this day were not huge. Some were minuscule and some were large…but you work with what you’ve got.
The Coach~If you are super talented, you only need ONE foot to surf with. 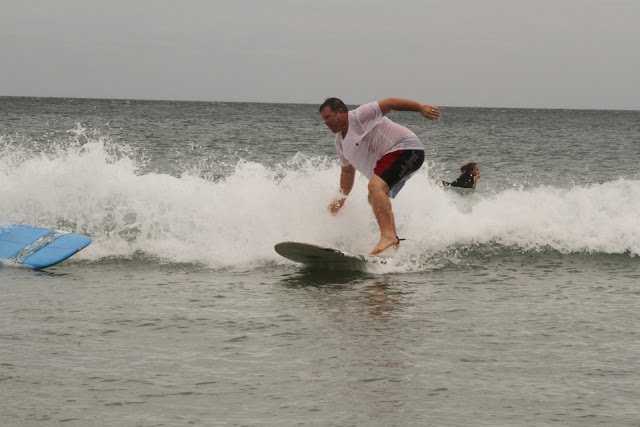 Linds~I was so proud of all the new things she tried on this trip. She inherited a bit of the sissiness in me….but it was not evident last week. 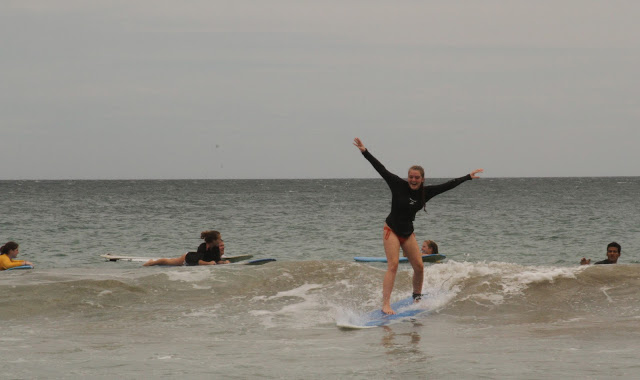 Lolo was a pro. On large waves and on the littles…she made it to the shore almost every time.

Like a boss….Of course, it is not the size of the wave, but how well you can maneuver it. Right? 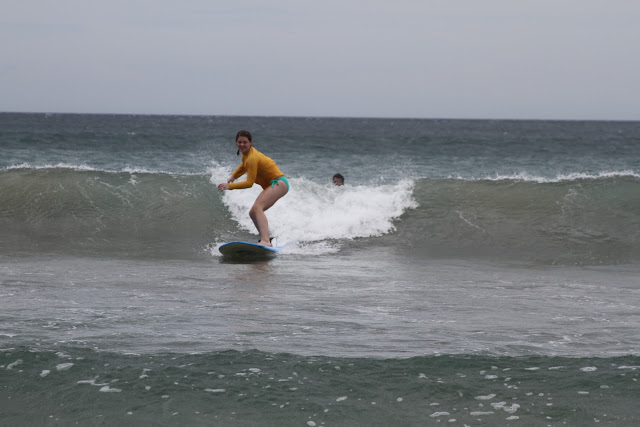 Two of our peeps were hit in the head by their own boards half way through this little expedition and discussed important topics on the beach. The important topic today was Johnathon’s abs. 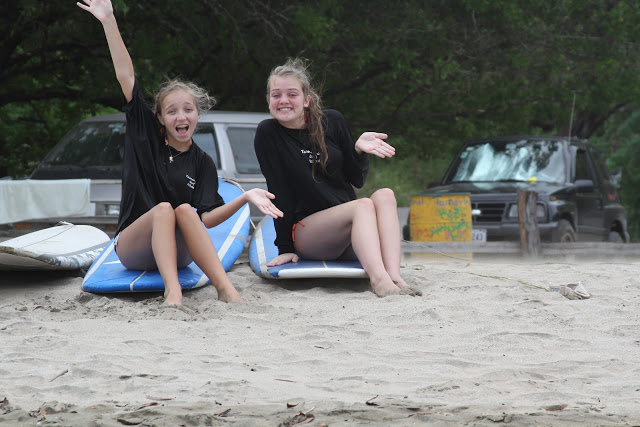 Here he poses with the girls. He was actually taller….but bent down for the photo. Must be a Costa Rican custom of some sort.

Animals As blogged by Suz A to Z Mondays Blonde moments Butterflies Confessions Costa Rica decorating Doing good Family Friends Funny Gardening Georgia Grandma Health Holidays Home stuff In the kitchen Kids Marriage Memory lane Monarchs Music My mom Bev Neurotic. Me? New Zealand On Blogging Pan-freaking-demic Quotes Random Renovation Save the planet Say what? Stuff that keeps me up at night Suz as a kid Swallowtails Tagged and I'm it. TGIF Things I have learned This that and the other thing Travel Vlog Willy Nilly Wordless Wednesday