A long long time ago in a galaxy known as Texas I made a good friend.
The year was 1993, the Coach and I were settling into a new life in Texas and we knew exactly NO one. It didn’t take long though to make some friends because we are just so charismatic.
{the truth shouldn’t be denied}
I was at my fairly new job one morning getting a cup of coffee. A newer than I employee walked up to me and spotted my coffee mug that stated the name of Coach’s current employer.
D: “Hey, my husband Coach works for that company. “
Suz: “HEY, my husband is named Coach and he also works for that company!!”
Can you believe it? Two Coaches? *snicker snicker*
A few weeks later I was preggers with Lolo and a few weeks after that D was preggers with her boy Kelly.
Trendsetter who?
Us of course being the gypsies we were at the time we moved again; this time to AZ.

We’ve kept in touch via Christmas cards, phone calls, face book but haven’t seen each other in 18 years.

They were in the area a few weeks ago and spent a few days with us.
The kids got along fabulously; D & her Coach raised really good boys and that just filled my heart to the brim.
IT was as if time had not passed. We picked up where we left off… 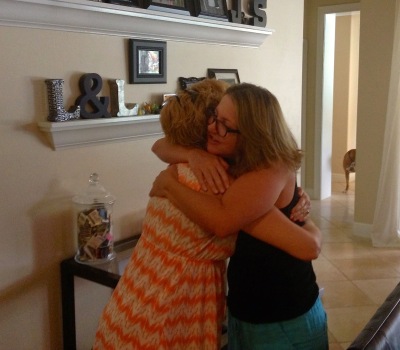 I didn’t realize how much I had missed them until they left again.
I cried as I drove to work…we had such a great 2 1/2 day visit. 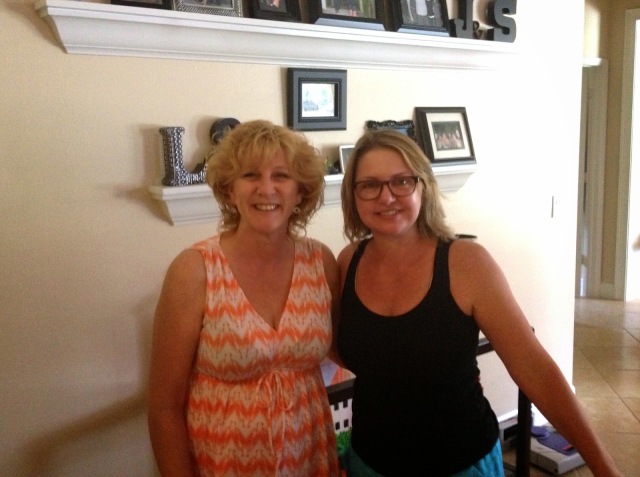 We for sure won’t wait another 18 years to get together!!!
Have any of you reconnected with a friend after so many years?