Skip to content
I worked in the yard/garden for several hours on Saturday.
It’s so nice to do it on a day when it’s both sunny out while being cool enough so that I don’t drown in my own sweat.
A rarity.
Do you get the feeling that this ornamental potato plant is enjoying it’s location? 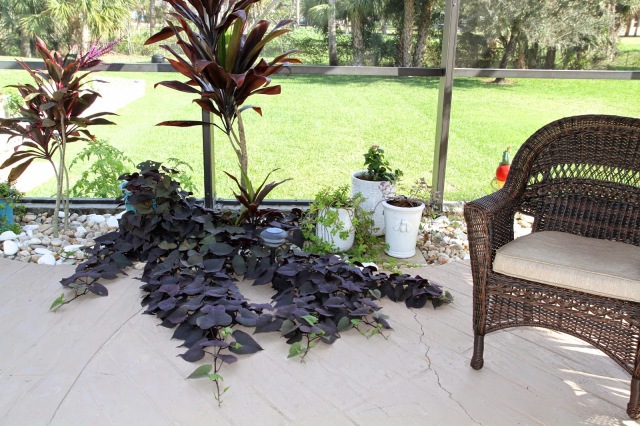 He/She/it appears to be taking over the upper lanai area. It’s of the plants I tended to this weekend….he/she/it is now trimmed to a decent size.
I almost hated trimming he/she/it….but he/she/it was creating a traffic problem.

And in case you were wondering, {I’m sure you were} there appears to be a potato at the root!
Go figure.

Happy Wednesday {oops} Tuesday my party people; this SPUDS for you.
XOXO

11 thoughts on “This Tater is Trying to Take over”