Skip to content
I disappeared again last week.
Not even one of you put out a missing persons report!
The Coach had a week long tournament at Disney for the USSSA world series and he practically begged me to join him. I’m a sucker for begging and I’m a sucker for him. 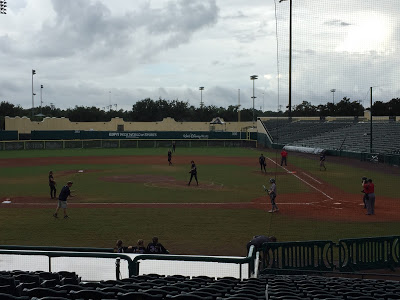 His girls brought home the world series hardware. Again.
Two years in a row he’s coached his girls to the championship. The funny thing is, this is a different team than last year.
Only two of the same young ladies were with him last year; he’s great at what he does.
What a fun week we had; even Cocoa was able to join us.
Here she is enjoying the rental house couch and some HGTV.

Life is good for Cocoa. We should all be Cocoa in our next life!
On Saturday Cocoa and I drove home (in almost 4 hours of torrential rain!) and the Coach and his team headed up to Virginia for a national tournament.
If you’re decent at math that makes two straight weeks of softball for those girls, their parents and the coaches.
Talk about dedication.
I’m so thankful for an awesome partner in life.
Cocoa is so thankful for her people, couches and vacations.

21 thoughts on “Hanging out with winners.”