No matter how many times I write hoedown, it just never looks proper.
But then again, when am I really proper?

Way back in December when we thought we’d soon be done with our renovation, (who knew we’d have 3 more months?) the Coach decided he wanted to have a big party. Mostly to celebrate our reno survival (there were some iffy moments) and also to showcase a great local country band that we’ve enjoyed seeing around town.
We tried to book the band in February (hoping it wasn’t yet SUMMER weather, which comes quick around these parts) but they were busy until late March; we booked them. I’m not exaggerating when I say the renovation was done on Friday at 4pm (painters were finishing up the front interior rooms)….we had guests arriving for the weekend at 5pm and the party for 60 the next day.
*whew*

We are lucky enough to have a lot of really good friends who love to jump in and make stuff happen. Several of our good friends from the East Coast arrived Friday night and got busy. Saturday’s forecast was calling for rain, so the Coach decided we needed a tent on the lanai for the band; the guys headed to Costco for a tent.
They went for a tent, but came home with a garage.

They laid it out on the upper lanai area by the chikee hut. Lo and behold the chickee had to get a mullet cut for the darn garage to fit. 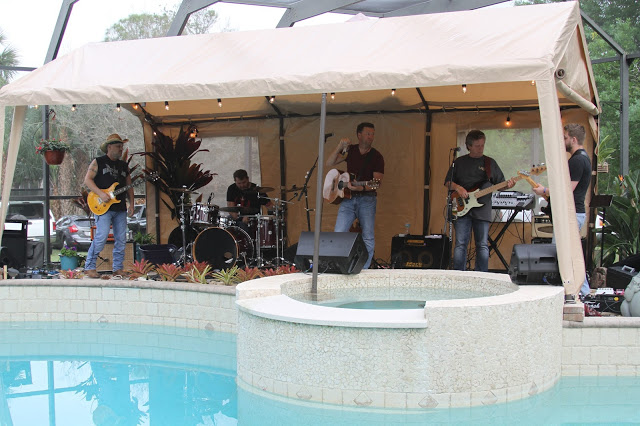 We had a lot of great family and friends prepare good ole’ southern cooking. Pulled pork, ribs, BBQ chicken, cole slaw, collard greens, cowboy beans….SO much good grub!
The Coach and I wisened up this time though and hired some hands to help serve and clean up. Quite possibly the best idea yet. We’re usually stuck in the kitchen; slaving or pouring drinks. We had three guys helping us; two with the food and one manned the bar.

The band was fantastic….lot’s of dancing and laughing; everyone had a great time.

Some of my people.

BTW: it never rained on our parade or the newly installed garage. 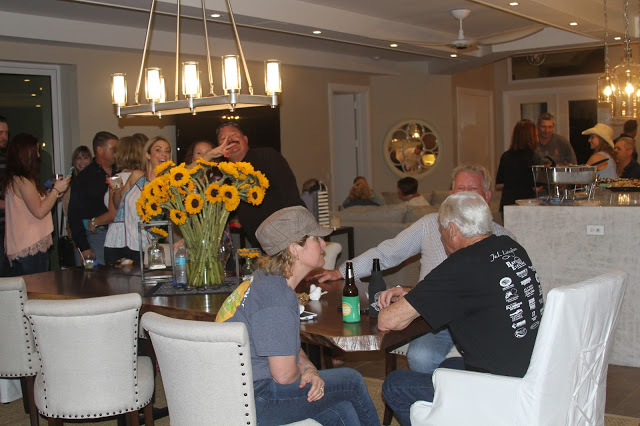 We expected 60-70 people…but when I went through my list on Sunday, I realized we had 91 people throughout the night. And the house was still standing; well, most of it.

I had to borrow Lolo’s boots and dress for I had nothing proper to wear!
There was much fun to be had and a lot of it was because of the Coach. He was dancing up a storm and getting everyone around him to join in.

Coach and my wonderful MIL 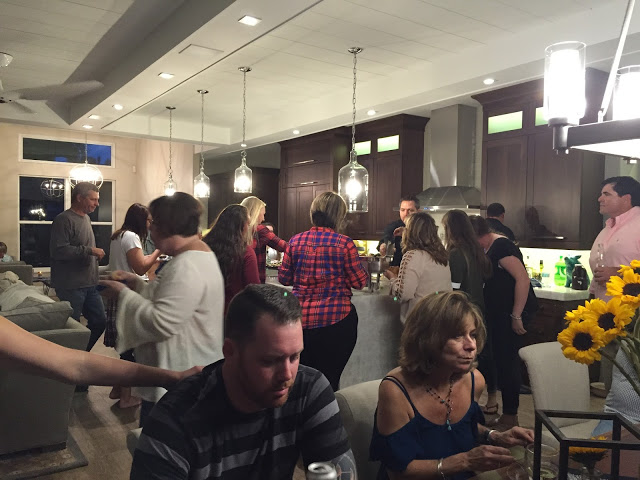 Lolo and Linds with G’ma Sue

At one point the Coach was actually NOT dancing, he was just walking near the edge of the pool when he toppled into the pool; back side first.
I was on the other side of the lanai, so I didn’t get a first hand look at the situation.

The next thing I saw was other people jumping into the pool with him; about 6 followers.
He said: “why are you jumping in the pool?”
Them: “Because YOU did”
Coach: “no, I fell into the pool….I didn’t jump!” So, it turns out it wasn’t Coach’s fault for falling into the pool with his good boots and cellphone….our pool coping had come lose in several areas and just gave way. 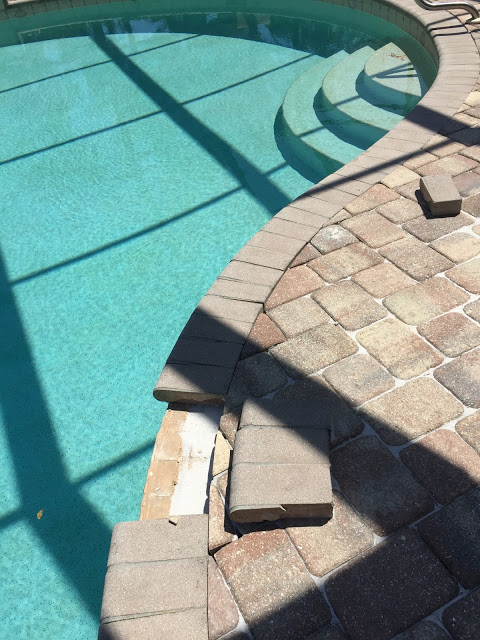 Luckily he wasn’t really hurt, just bruised up a bit. Thankfully it wasn’t one of our guests that fell….lord knows, who might be living in this house right now. Damn it with the SueHappyPeople.

The next morning I woke up to this sight:

Lindsay took care of her Daddy’s boots by drying them in our tub. FYI: they did survive….his cell phone? NOT.So.Much.

It was quite the party and we had so much fun; it was lovely to host friends at our house again.

I don’t think I recovered until Wednesday afternoon though.

Has anyone else been crazy enough to have a large party at their house?