Last week I went on tour with the Coach.
Ok, not so much a tour, but a softball tournament with his travel team.
We flew into Philly, drove to our hotel in NJ and then had games in Pennsylvania.
Which is all foreign to me. Well, not Philly. I was just there a month ago.
The foreign part is seeing lots of different states in one day.
In a car, it would take me 9 hours just to leave my state of Florida.
I had no idea that NJ and PA were so pretty! I feel ashamed that I might not have said nice things about either of those states and only because I was oblivious to the beauty because I’ve not been there.
*Whew*
The weather was mostly nice…..
The coach and I did take a tour of the University of PA; one of his girls is looking to possibly go to school there and play softball.

I’m not sure that I’ve seen a school as beautiful in such a great setting; directly next to a lovely city such as Philly.
And…..I’ve certainly never seen a softball field with such an amazing backdrop as the skyline of Philly. 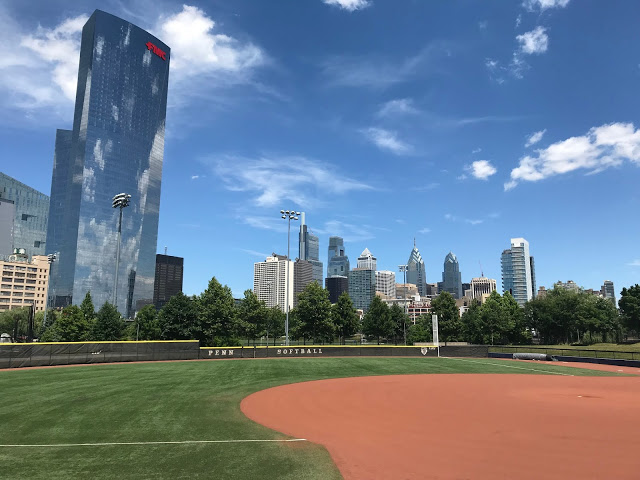 I was ready to turn back time, learn how to be an awesome softball player and pay attention in school so I could be a LOT smarter and see if I could get into UPenn.
Great. Now I’ve got that *If I could turn back time* song in my head….thanks Cher!
We took the train into NYC one day with the entire team. Since we’re such great planners, we did this on a day where there was a heat wave warning…..a mere 111 degrees. 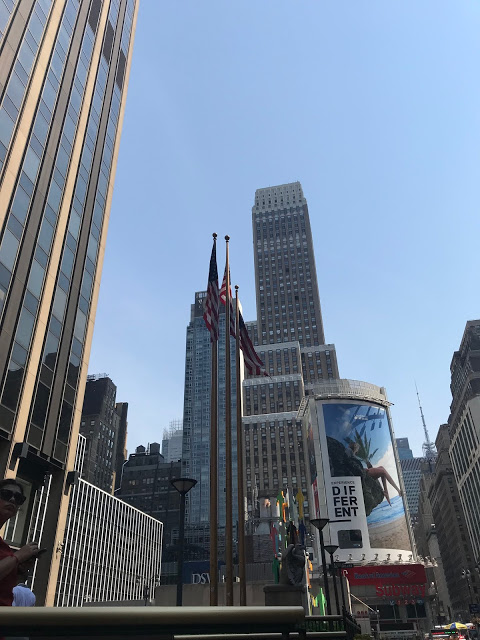 It felt like our skin was melting as we walked Times Square and then visited Central Park and the Central Park Zoo. I never wanted to be in the Penguin water pool as much in my life…..
I’d like for everyone to know that I did have a philly cheesesteak on this trip to Philly as I didn’t do that last time and I felt like I let down the entire state of PA. My apologies PA.

Now, back the grind that is my awesome life.