I’m pretty sure I’ve written about my grand-dog Max before; Lolo rescued him about 4 years ago.
He’s quite, um unique……he’s a very special boy. She rescued him and they have a deep bond. 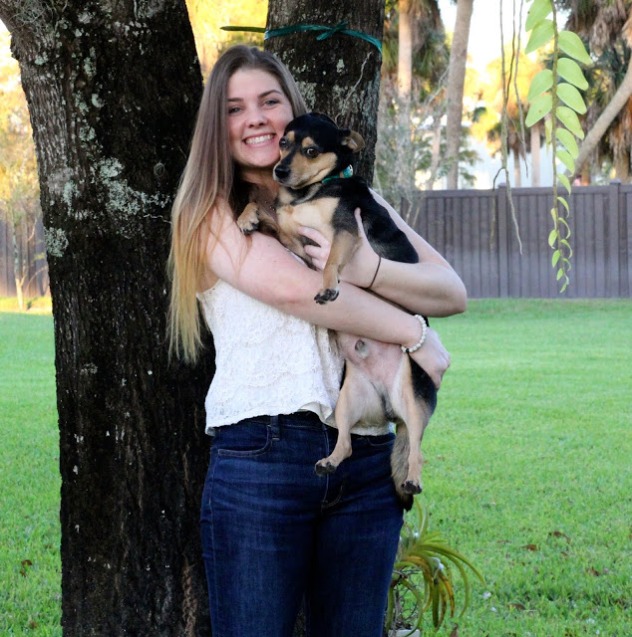 Lolo’s boyfriend Nathan absolutely loves Max, but he’s also obsessed with Huskies.
The Siberian flavor.
Last fall some police friends of theirs who own a set of huskies accidentally ended up with a litter.
Me: “Wait, did the dogs go out one night, get drunk and accidentally sleep together”?
I know, far be it for me to get into anyone else’s personal life….who am I…the government?
They had a litter and Lolo decided to get one for Nathan for Christmas.

Boy, was he surprised and thrilled with their new baby.
They named him after General ‘Mad Dog’ Mattis.

They brought him home a few weeks ago and it was apparent that this little baby will be larger than his mom and dad. (35 and 50lbs respectively)

He’s so fluffy….I can hardly stand it.
Also, I can hardly imagine all the hair they’ll be cleaning for the rest of his life. 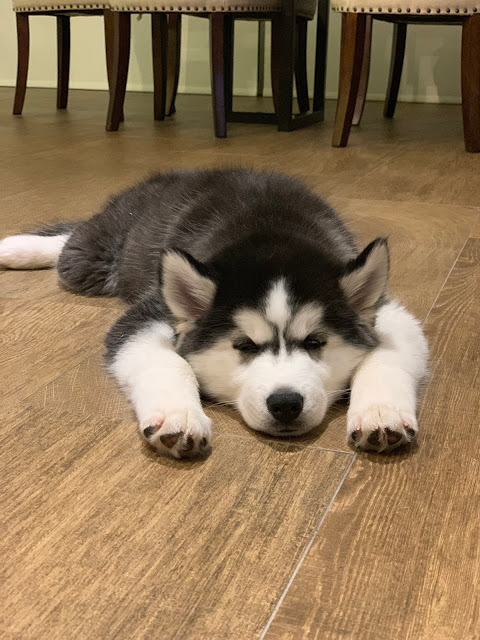 He’s very sweet even though the coloring around his eyes makes him look a little angry. We’re thinking that as he grows, the white/black areas will expand and he won’t look like he wants to eat you.
He’s a precious little boy and Cocoa and Callie both enjoyed him romping around our house for a few hours this week; they were both so patient and easy going as he nibbled on them. 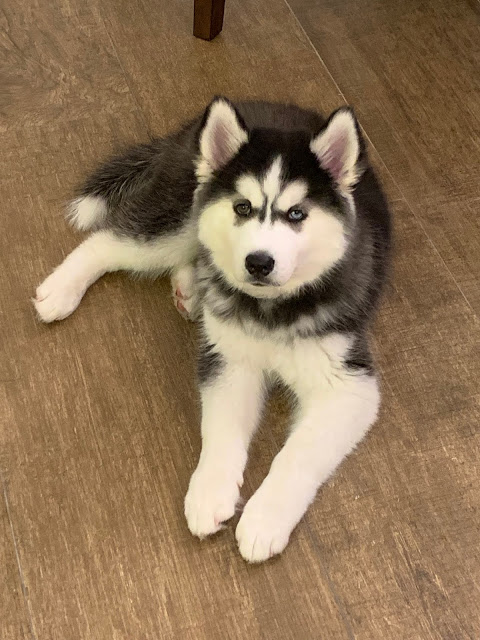 Of course, after he left they both said: “Damn, that fluffy puppy has a LOT of energy”!!

5 thoughts on “The one where I’m a Grandma again.”