Our Lolo and Nathan became engaged on Christmas eve this year! 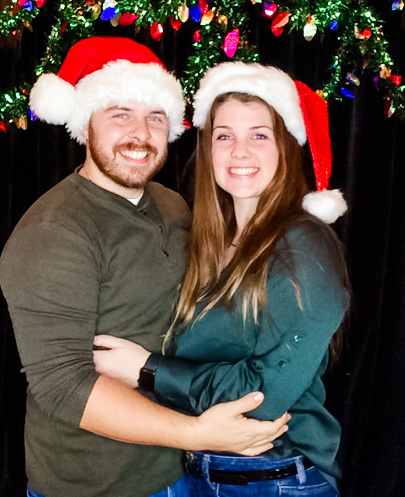 We knew it was coming; Nathan asked us permission back in August.
Do all guys still do that?
I know I was thrilled that he was raised to know this is a good thing, but surely he knew we would say YES. We adore him! Actually, aside from asking the Coach and me, he asked my In-laws, Lindsay, our BFF’s Don and Kelly, etc….I think he might have asked the waiter that night too.
He’s a good one.

Lolo is not a traditional girl (neither is her sister) and had no desire for a diamond. She told me this years ago and I tried to argue with her. “You’ll regret it later, everyone wants a diamond!”

She never wavered in what she wants. She wanted an aquamarine stone. Simple.
Nathan had his Grandmother’s ring and visited a jeweler, asked him to find a nice aquamarine and use some of the diamonds from G’mas ring to come up with something for Lolo.
He did well; she loves her ring.

And if I could take a good close up pic of them both, they both have aquamarine colored eyes.
I can just picture my future grandbabies right now.
{Christmas day: “let’s take a picture, but I’m breaking out, and I don’t want to put on makeup, so avoid my face”} 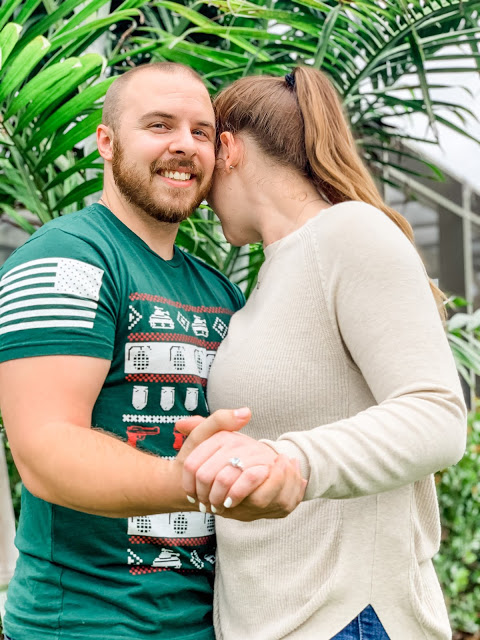 I’m so thrilled for them.
But 10 minutes later she decided to burst my wedding planning bubble.
She doesn’t want a traditional wedding at a hotel, a church, the beach, etc.
It’s going to be small in an unusual venue and we have to wait until she finishes Grad school.
It looks like I won’t need to shop for my Mother of the Bride dress for a few years, but then again, I have time to lose some weight.  She waited a long time for her Prince Charming and it will all be worth it.
BONUS: The Coach and I were engaged on Christmas Eve, so I declare that it’s good luck.
We’re so incredibly happy for them both!
Wishing everyone a safe and happy beginning of 2020. XOXO

12 thoughts on “~~We’re going to the chapel and we’re gonna get married~~Ok, maybe NOT an actual chapel”