Some news.
My youngest daughter is now a Junior.
In.High.School.
I must start shopping for some muumuu’s and comfortable shoes.
I’m not sure where to even purchase a muumuu.
My G’ma used to wear them around the house all the time. I believe she referred to them as a”house-dress”. 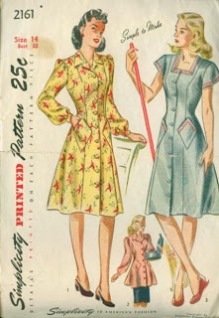 {G’ma’s were similar to this; short sleeve with snaps down the front.}

They always had big pockets for her pack of cigarettes.
I think that was a must for housewives back in the day. Soap operas and cigarettes went hand in hand.

I’ll just use the pocket for my flask smart phone.
***

I was digging through photos the other day and came across this one of my G’ma.

{1981}
My first thought: She would hate this photo of herself; she was eating for heavens sake!

But then I looked closely and it appeared to me that she was saying a naughty word.

You see, her constant and favorite phrase to describe a good person:

Have you ever heard that one?
Well, it looked like she might be saying that in that photo above…even though it appeared that she was actually eating some sort of mayonnaise based salad.

Now, everyone close your eyes.

My Dad’s cousin and my G’ma.
Maybe they were praying?
But most likely not. Most Methodists only pray at church or before bed.

I just made that up.

and her next line would include something about her wanting to fix you something to eat.

Gosh I miss that woman with the Muumuu’s and mixed messages!

Our weekend was swell.
How about you?